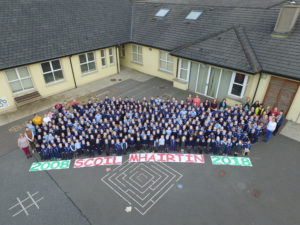 Situated in the heart of the village is our school, Scoil Mháirtín, newly built since September 2008. 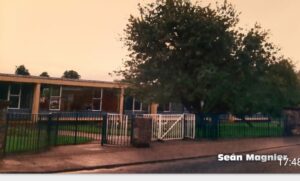 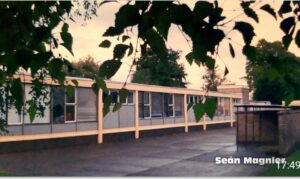 In the early days, Kilworth had three schools. A girl’s school, which we now know as Little Oaks and a boy’s school, which is now our Parish Hall. Kilmurry also had its own National School.

In 1966, a new boy’s school was built on the site where Scoil Mháirtín now stands. This land had originally been given to the parish to serve as a graveyard but was then used instead for a new three classroom school. As numbers declined, Kilmurry National School was closed in 1967 and the children then came to school in the village schools. 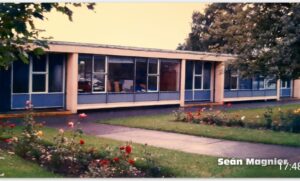 As the years went by and the population of Kilworth increased, it was obvious that school enrolment numbers were outgrowing the two school buildings and either two extensions or one new school building was needed. Following consultation with parents and Boards of Management, it was decided that the Junior School and the Senior School would amalgamate and from there plans for a new school building, now Scoil Mháirtín, were drawn up. Scoil Mháirtín opened in September 2008 with eight classrooms.

However, the population was to increase further and by September 2011, it became obvious that more classrooms would be needed and an extension consisting of five classrooms and one Resource room was built by November 2013. We are now a thirteen classroom school with four resource rooms, a library/computer room and a PE hall.

Looking for Something?
We use cookies to ensure that we give you the best experience on our website. If you continue to use this site we will assume that you are happy with it.Ok